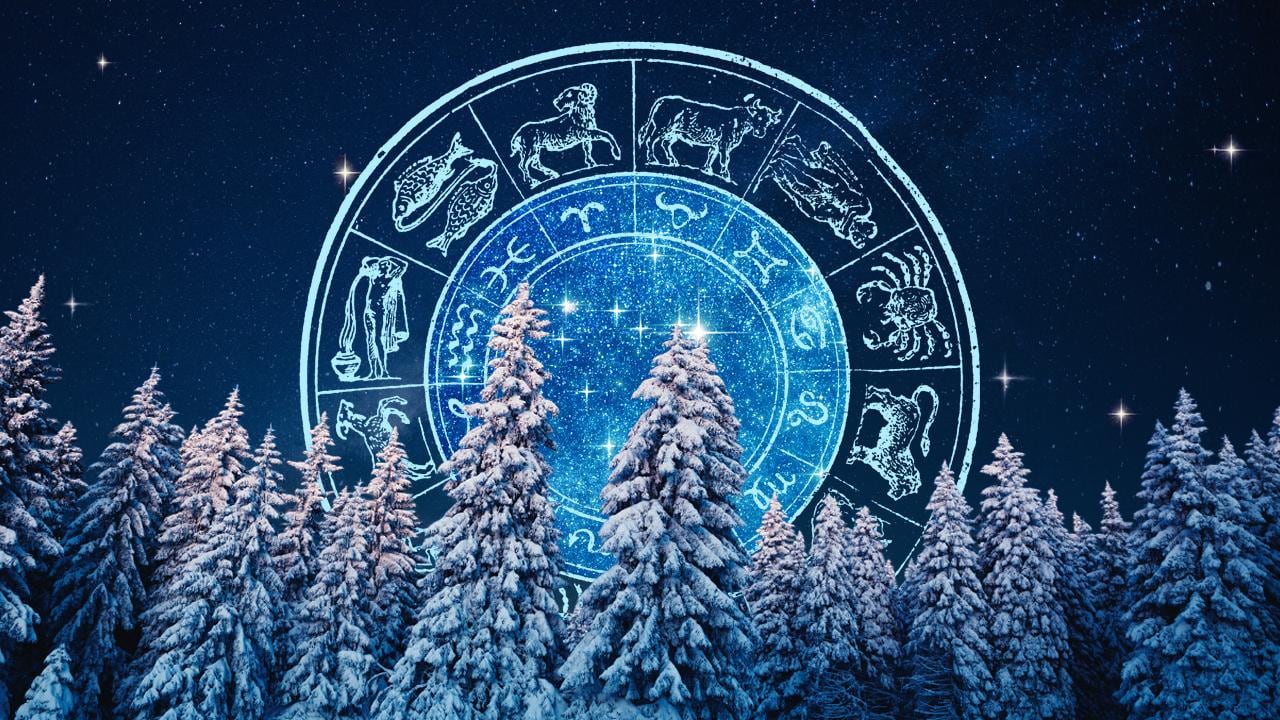 As we end 2021 and start 2022 with a Venus retrograde in Capricorn, the word “reevaluation” describes best the main theme for what has been a ‘tumultuous’ year for all of us, to say the least. With the Sun entering Capricorn at the beginning of this week and marking the Winter solstice, we’ll be having a concentration of energy in this sign. What is Capricorn? It is a Cardinal Earth sign meaning that it’s the initiator of material stability; it rules goal-setting, public achievement, career and legacy, rules and regulations, traditions, governments and large corporations. Capricorn is ruled by the planet Saturn that’s been transiting Aquarius since December 2020. It has been squaring (tense aspect) throughout 2021 Uranus (the planet of innovation and revolution) in Taurus (the sign ruling our material values and possessions). In short, we’ve been seeing a long battle between the old and the new; those who want to preserve the status quo and trust in the establishment and those who are starting to build a new world that’s focused more on intellectual rather than material building. Indeed, we’ve been seeing more and more new networks (e.g. Metaverse) and dematerialised means of value exchange (cryptocurrencies) on the rise this year. We’ve also seen the division between 2 groups: the pro restrictions and vaccine mandates and those against them. Since it’s a square, it always marks actions and efforts to reconcile both energies, and that’s what we’ve been witnessing.

The square has already become exact this year twice: on February 17th and June 14th-15th. Both planets will challenge each other for one 3rd and final time this year from December 24th until December 30th (Christmas time will be shaky, and that’s an understatement). If we take the example of France for the first 2 exact squares, they coincided with curfews and the establishment of the health pass, i.e. escalating restrictions (Saturn), and massive protests all over the world (Uranus). Again, as the aspect’s orb has been getting closer since the end of November, we’ve been hit with a 5th COVID wave and further restrictions again (the willingness of the French government to turn health passes into vaccine ones alongside lockdowns and curfews all over Europe).

However, this time around, the Saturn/Uranus square coincides with a Venus retrograde which interestingly changes the energy. Here’s your weekly horoscope.

The Sun/Jupiter sextile will be most beneficial for Aquarius, Libra, Gemini, Sagittarius, and Aries.

The Mercury/Uranus trine will be most supportive of Taurus, Capricorn, Virgo, Cancer, and Pisces.

Many cultures, religions and spiritual traditions have honoured the winter solstice. Often, this time of greatest darkness has encouraged humanity to gather amongst loved ones and celebrate the rebirth and return to the light. That is most notably found in many ancient religions and can be seen in festivals and holidays such as Christmas — which was originally based on Pagan traditions (not the birth of Jesus Christ, as many scholars will correctly point out). Feasts focusing upon gratitude and the offering of gifts have been celebrated for thousands of years. In fact, some are Alban Arthan (Druidic), the Feast of Juul (Scandanavian), Dongzhi Winter Solstice Festival (Chinese) and Saturnalia (Roman). So, no, this isn’t a recent human development. You are a part of a long lineage of ancestors from all over the world who have celebrated at this same exact time.

In a spiritual sense, no matter your tradition, this is an ideal time to embrace your inner self and reflect on who you are and where you’d like to go. This is a perfect time for reflection, introspection and intention setting. Honour your stillness. Understanding one’s emotions, motivations and desires are crucial in order to manifest the life you wish to live. Mapping out a vision board and strategy for the year to come, often in the form of resolutions, can help you to get moving.

In an astrological sense, Capricorn reminds us of how we’d like to build and establish our legacy. This often ties to public life, professional achievement and career goals but is more far-reaching than that as a legacy is something that can be remembered even after someone has passed. During this time, we can strategise our plans, harness the Capricorn discipline and get to work!

Capricorn season will be most important for Capricorn, Cancer, Libra, and Aries. Respectively, each of these signs can set goals and get to work when it comes to their health (both physical and mental), relationships, home and family, and career.

This will be the 3rd square between Aquarius’s rulers as we mentioned earlier. Saturn will be at 12° of Aquarius and Uranus at 12° of Taurus. The escalating restrictions, economic crisis, protests, natural disasters will reach their peak for the 3rd time this year on Christmas Eve. The 24th will be particularly emotionally and mentally tense as we will also be under the influence of an extremely challenging aspect called an out-of-sign mutable Grand Cross among the Moon in Virgo, Mars in Sagittarius, Jupiter in Aquarius, and the North Node in Gemini. This brings situations of heightened tension and danger. Thankfully, we will also be having a Minor Grand Trine/bissextile (harmonious aspect) stabilising the situation among Mars, Saturn and Chiron.

This 3rd square will be accompanied by the 2nd Venus/Pluto conjunction in 26° of Capricorn. This ushers an intensification of the economic crisis but also a review and reevaluation of our tangible values and long-term goals alongside top-down policies domestically and internationally; political and sex scandals are on the table too.
All the more since Venus will be retrograding and crossing 23° of Capricorn where the major Saturn/Pluto conjunction happened in January 2020, bringing into worldwide awareness the COVID 19 pandemic and the race towards more government control. So, whatever further restrictions are being planned or imposed, they won’t necessarily be executed or last – they could also be heavily mitigated – because Venus seeks harmony and is pushing towards a review of what has happened since January 2020. In France, for example, the government won’t be able to impose the vaccine passports until the end of January (Venus will be retrograde until January 29th) on the sole condition that Parliament approves this new measure, which isn’t certain either.

The last time Venus retrograded in Capricorn was from December 17th 2013 until January 1st 2014, between 13 and 29 degrees of this sign (similar to Venus’s current retrograde path). Here are some of the worldwide events that took place back then:

Moreover, Jupiter will enter Pisces (its 2nd home sign where it’s very strong) on December 29th, the Saturn/Uranus square will start dissipating in January 2022, and we’ll be entering Aquarius season on January 19th-20th; meaning that even though things may seem too restrictive right now, this is the final push before we start seeing the light at the end of the tunnel towards more freedom. But remember, with freedom comes responsibility. Are you ready to take a leap of faith?

2022 looks like a year where some people will entirely stop relying on governments through building new networks, others will be in-between total freedom and needing the establishment to further their goals and a 3rd group that will prefer to trust the nanny State no matter what.

On a more personal note and going back to Christmas Eve and Day, gatherings might be more chill than merry and bright, but here’s the good news: They’ll also bring moments for serious bonding. Radar in on a relative who you’d like to be closer to in the new year. This nostalgic formation sets the perfect tone for reminiscing. Open up the pantry and see if you have the ingredients for a classic Christmas morning breakfast, or pore over photo albums and ask the elders to share stories about ancestors.

The Saturn/Uranus square will be most challenging for Taurus, Scorpio, Leo, and Aquarius.

The Venus/Pluto conjunction will be most significant for Capricorn, Cancer, Libra, and Aries.

Happiness is a choice, and I choose to wish you a Very Merry Christmas and Happy Birthday to all my Capricorns out there, despite all difficulties!