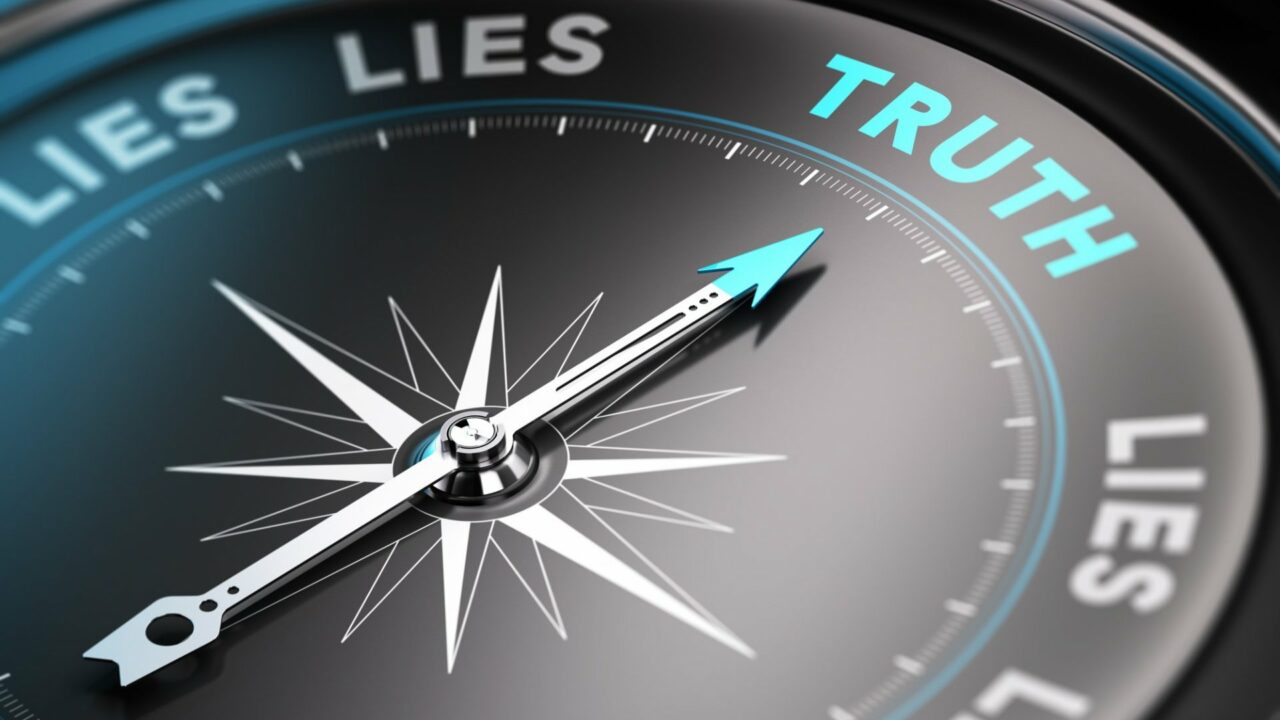 “Let’s get over and done with it!” is this week’s motto. I’m sure you’ve noticed throughout July (especially since the New Moon in Leo at the end of the month) and continuing throughout all of August that there’s been too much heaviness, tension, and disruption in the air. It’s been one hell of a hero’s journey! Well, with the upcoming Full Moon in Aquarius, we’ll get the chance to get rid of situations that have been too heavy on our minds and hearts for quite some time, but not in a comfortable way, so get ready to be the detached observer, not the participant! Take it one step at a time, and whatever culminates, ends, and/or is illuminated this week, know its finality is to lead to an important liberation for all of us.

Relationships will be at the forefront this week, both with the Full Moon and the Venus/Pluto opposition. Despite all of this heaviness, remember it’s Leo season; the Sun is on its throne in this sign, filling us with valour, courage, love, generosity, honour, nobility, and creativity. Venus will also be entering Leo this week, so it’s time to leave the Cancerian cocoon and get ready for the red carpet! Get rid of your burdens on the Full Moon and lighten up with the radiant double Leo energy!

There’s a thin line between “secretive” and “self-protective,” and you’ll need to walk it carefully early this week. From August 7th until August 10th (exact on August 8th), delicate Venus in Cancer will oppose (tense aspect) power-monger Pluto retrograde in Capricorn, churning up trust issues, especially regarding past situations. If people’s motives are not transparent, you may be tempted to fire off an interrogation. The trouble is, this could set off their defence mechanisms. It may be wiser to “innocently” observe anyone who trips your emotional alarm system. Surface activity won’t tell the whole story, however, so plan to dig deeper with your investigations. Do you feel like someone’s gaslighting you? Don’t take the bait!

On the flip side, this opposition can bring up the perfect occasion to finalise an important negotiation or deal with a person in power. With the aspect happening at 26° of both Cancer and Capricorn, big financial gains can be on the table if we show enough value (26° is a Taurus degree) in what we’re offering.

This opposition will be most challenging for Capricorn, Cancer, Libra, and Aries.

From August 8th until August 14th (exact on August 10th), Mars in Taurus will sextile (harmonious aspect) Neptune retrograde in Pisces. This is an excellent time to sort conflicts with ease and a gentle, proactive attitude. We will easily feel what the right thing to do is. We can give ourselves a break from the hard work. We may even help someone even if we’re not intentionally trying. This is also a wonderful period to pay attention to our spiritual and physical harmony (meditation, yoga, long walks in nature, swimming, listening to music, artistic activities, and mindfulness exercises are great practices to get us in the flow of this type of energy).

This transit will be most supportive of Pisces, Cancer, Scorpio, Taurus, and Capricorn.

3. The Super Full Moon in Aquarius and Venus entering Leo:

On August 11th at exactly 8:30 PM (CET), love goddess Venus struts onto Leo’s catwalk, bringing out the spotlight-stealing siren in us all. Can we get a meow, baby? Summer love goes from mild to wild—then up to scorching hot—when the planet of glamour and romance enters this fire circle every year. Don’t sleep through invitations that connect you to beautiful, fabulous people. Bae-hunting could turn up prime catches between now and September 5th for both romantic and creative collaborations. No matter your relationship status, sincere flattery will get you far! Be generous with your praise and gracious about the accolades you receive. If you’re due for a romantic reboot, this could be a “renaissance period” for amour, so wear your heart on your decorative sleeve (or your glamourous evening gown).

Venus’s transit through Leo will inspire Leo, Aries, Sagittarius, Gemini, and Libra the most.

b) The Super Full Moon in Aquarius:

On August 12th, we’ll be witnessing a very intense Super Full Moon that will take place at 19° of Aquarius at exactly 3:35 AM (CET)! Full Moons are always about endings, realisations, illumination, culmination, and closure. In Aquarius, the conclusions and realisations will cover the following topics: society and humanity as a whole, freedom and individuality, long-term vision and goals, friendship, large groups and organisations, networks, humanitarian action, science, technology, innovation, and the higher mind.

This Full Moon will be in an applying conjunction to Saturn retrograde in Aquarius, acting as a mirror/projector of the latter. Aquarius being a fixed air sign, and Saturn ruling blockages and restrictions, our heightened emotions will be channelled through our minds but will also find it hard to be expressed. On the flip side, we might think long enough before saying something we may regret later. The Moon/Saturn conjunction will be squaring the infamous Mars/Uranus/North Node conjunction in Taurus, so the emotional blockages that I mentioned earlier can lead to sudden eruptions caused by frustration. Since we’re talking about the mind, we should definitely look at Mercury’s position during this Full Moon: Mercury will be in its sign of exaltation – Virgo – facilitating a more sober way of communicating our emotions. Plus, the Moon in Aquarius is very detached by nature, so practising healthy detachment while dissociating ourselves or getting closure in a certain burdensome situation from the past (Saturn retrograde) would be the best approach.

A Full Moon is formed by an opposition (tense aspect) between the Moon and the Sun: on the one hand, we have a sober liberation from a heavy load following a reconnection with our true values (the Moon conjunct Saturn and squaring the Mars/Uranus/North Node conjunction), and on the other hand, we have the Sun in Leo calling us to listen to our hearts and gather our courage to go onto the next chapter. The Full Moon will form a T-square (very challenging configuration) with the triple conjunction (the focal point of the T-square), so indeed, there will be a rush to “get over and done with it”, for it’s been heavy on our hearts for too long. Drop the load is the order of the day! The emotional release will go through the South Node in Scorpio (death of a situation or its transformation). Again, I insist on the fact that it’ll be necessary to take pragmatic action to release ourselves from whatever relationships (19° is the degree of Libra, the sign ruling relationships) that no longer serve us, for the Full Moon will be in a fixed Grand Cross configuration, meaning that there will be a high level of nervousness and even difficulty of letting go for some, combined with a deep knowing that “it’s time”. With the Nodes and Saturn involved in the Grand Cross, you can be sure that the endings and closures will be final and open the doors to new chapters in our lives.

The Moon will be in the second decan of Aquarius, represented by the “6 of swords” card in Tarot and ruled by Mercury, indicating that we’re getting out of rough mental waters. On the opposite side, we have the Sun in the second decan of Leo, represented by the “6 of wands” card and ruled by Jupiter, suggesting that the hero has made it! Victory! Back to Ithaca! New Fortune is awaiting us; let the past stay in the past!

On a mundane level, the Moon rules the people, and its meaning is enhanced by it being in the sign of Aquarius ruling humanity. Collectively, emotions of suppression and fear may escalate. Both dispositing planets of the Full Moon (Saturn and Uranus) are squaring each other, accentuating the ongoing clash between the old and the new since 2021. The triple conjunction among Mars, Uranus, and the North Node will be entirely activated with this Full Moon, and the events following it will remain at their peak until the end of August but will have long-lasting effects over the next 15 years. Clashes and protests against the tightening grip of governments and their leaders (Saturn in Aquarius and the Sun in Leo), their mishandling of the health and economic crisis, and natural disasters will be again highlighted.

The tension in the T-square among the Moon, the Sun, and the Mars/Uranus/North Node conjunction in Taurus, will be released through the South Node in Scorpio: the sign of belligerence, violence, taxes, underground resources (such as oil and gas), death, transformation, crisis, banks, investments, and the stock market. So beware of natural disasters (especially volcanos) and sudden economic and financial disruptions.

Finally, this Full Moon can manifest as huge A-HA moments freeing us of situations and relationships that have been weighing us down since the New Moon in Aquarius of February 1st 2022, and especially around the first half of April when Saturn was direct at 22° of Aquarius.

This Full Moon will be felt most intensely by Aquarius, Leo, Scorpio, and Taurus. Especially those of you who have your Sun, Moon, Ascendant, Descendant, Midheaven, IC or any other important planet or point in your chart around 19° of these signs (give or take 2-3 degrees).

From August 11th until August 17th (exact on August 13th),  take-no-prisoners Mars in Taurus will be in a potent trine (harmonious aspect) with investigative Pluto retrograde in Capricorn bringing eye-opening epiphanies. Don’t be afraid to look in the shadows. That’s how you’ll get to the root of your stumbling blocks. Limiting beliefs may be shrouding your view of what’s possible, especially if they were born out of trauma or fear. And have any self-sabotaging behaviours crept in? Get real and start making a change. Owning your issues is the way to ensure that they don’t own you.

This trine will be most supportive of Capricorn, Taurus, Virgo, Scorpio, and Pisces.

Have a liberating week!