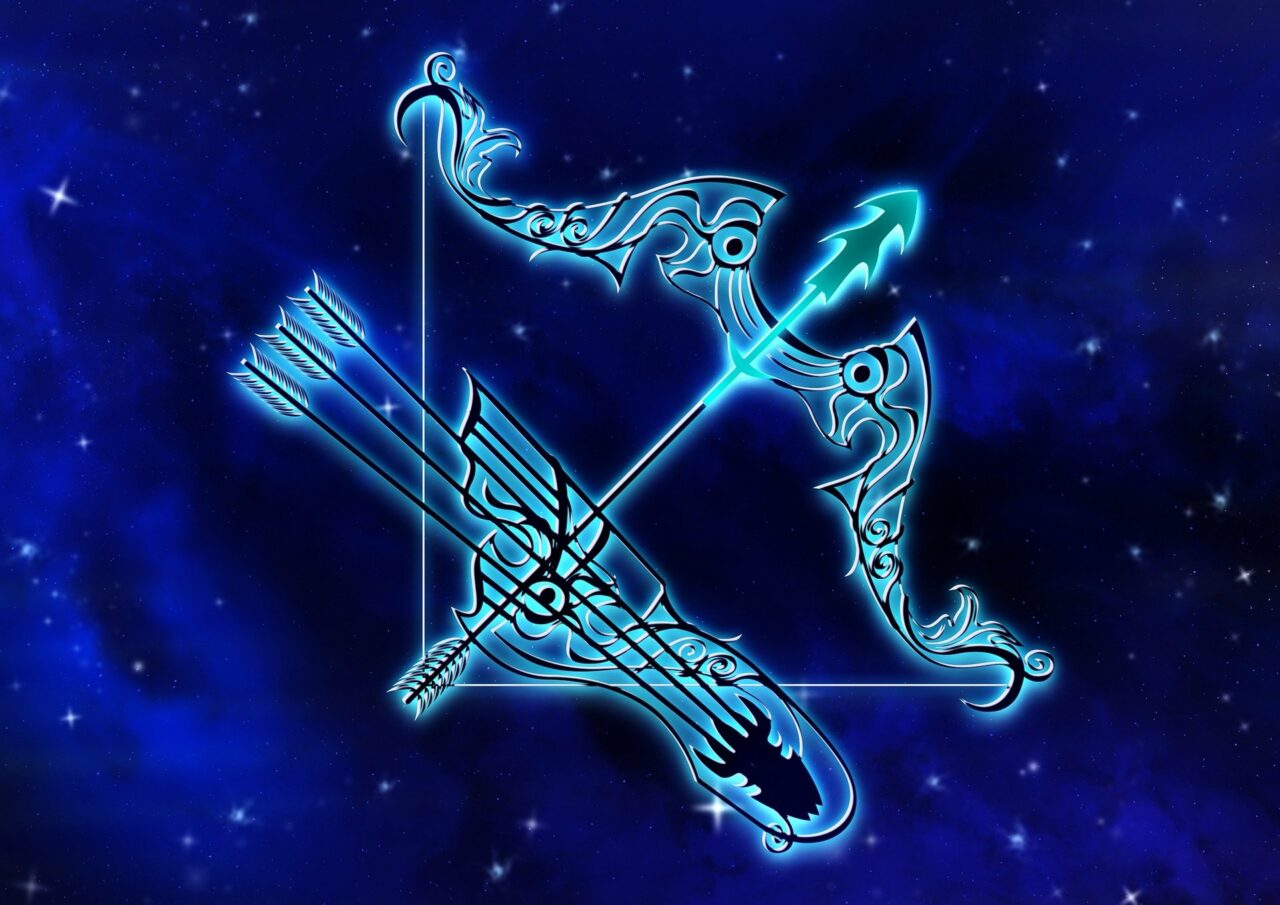 Are you ready to take your courage back? This week marks the last eclipse on the Gemini-Sagittarius (knowledge and information) axis for another 9.5 years (only then they will be switched: North Node in Sagittarius and South Node in Gemini). It will be happening on December 4th, and despite it being a New Moon that usually ushers new beginnings, it will have a darker side to it because it’ll be with the South Node boosting it with a karmic and fated energy of a Saturnian nature (decrease, restriction and sacrifice).

Solar eclipses affect primarily influential people, governments, heads of States and governments, religious authority figures, and international affairs. So no, this New Moon SOLAR eclipse won’t be as personal as it will be a collective one with worldwide repercussions for the next 6 months.

What will be the themes of the eclipse? Everything that Sagittarius rules: faith and optimism, belief systems, justice, the truth, religion, politics, international affairs and travel, higher education. These subjects have been shaken up to their core since the first eclipse in this series of eclipses we had on June 5th, 2020. The truth has been stranger than a sci-fi space opera since 2020—and even harder to discern. But as sure as the Pentagon has confirmed UFO sightings, other uncanny facts will be revealed this Saturday, December 4th.

A grenade of truth will explode worldwide on and around December 4th of you will, but it’ll still be blurry as a few days before that, on December 1st, Neptune will station Direct.

So buckle up and get ready for the last round; you can do it!

This transit will be most beneficial for Scorpio, Pisces, Cancer, Taurus, and Capricorn.

This transit will affect most positively Aquarius, Sagittarius, Libra, Gemini, and Aries.

This sextile will be most beneficial for Pisces, Cancer, Scorpio, Capricorn, and Taurus.

On a mundane level, whenever a planet is stationary, its energy is amplified. Indeed, for the past week or so, we’ve been seeing Neptunian adverse events being at the forefront, such as the emergence of the Omicron COVID variant and the drowning of 27 migrants who were trying to cross the English Channel from France to the U.K.

As most of you probably know, a solar eclipse is a New Moon on steroids. So the new beginnings and truths that will be revealed will be bombastic, just like the sign of Sagittarius! Also, as mentioned earlier, it’s an unusual New Moon because it’s with the South Node: the southern mathematical point where the Moon’s orbit and the ecliptic cross paths. The South Node is our collective baggage and karma, and the North Node is our North Star, where we should be headed. The darker energy of Sagittarius is exaggerated, arrogant and dogmatic when it comes to belief systems.

The South Node is a character-building placement, it’s going to bring new opportunities and new beginnings like any New Moon, but it will have a karmic component to it, meaning it will have a Saturnian effect in that we’ll reap what we’ve sown (the 6th hermetic principle of cause and effect). We’ve been seeing this for the last 18.5 months with the different religious and political scandals, the development and spreading of conspiracy theories and sects, and the crisis in the higher education sector because of the restrictions.

As the moon blocks out the light of the Sun, the darkness of a solar eclipse provides an existential pause. What shadowy situations have we been afraid to examine? Where have we been in denial or avoidance?

Both Gemini and Sagittarius are associated with the media, which has been under fire during this eclipse series. Will Saturday’s new Moon (and solar eclipse) bring some unbiased clarity? Likely, yes. But these “facts” could still be subjective to perspective, as the Gemini half of this equation is here to point out. So if you plan on “calling it like you see it” or “speaking truth to power,” don’t go looking for universal agreement. And accept the fact that your own point of view may shift once you’ve spoken the words aloud, especially with Neptune being stationary direct at the same time!

This solar eclipse will ask us to dream bigger, think bigger, take bigger chances, and it will inject a dose of courage into our souls. Usually, a New Moon comes from a “me” perspective, but it’ll be from a “we” perspective with this eclipse. So, whatever you start around this eclipse, most probably another person or several people will be involved in it (7th house energy). It’s almost like others are going to influence this change more than you. This is also a time of blessings in disguise: losses are possible (people and situations getting eclipsed out of our lives), our beliefs could also be exposed or revealed to us by others, we could also see how others accept us or don’t, we may find ourselves in debates and discussions where we’ll see very clearly how others perceive us; we could also be brought out into public exposure for good or for bad or even get discovered. As you can see, in all these case scenarios, there’s an element of discomfort linked to the South Node.

With the South Node, it will feel like familiar people and situations are coming back into our lives for a reevaluation. We’re going to see some repeated patterns over the next 6 months. If the situation takes place around December 4th, its effects will last until June 2022.

Ultimately, we’ll feel new courage to expand our horizons, to travel, to open up to other cultures and changes in higher education and belief systems. At its best, this will help us regain our optimism to improve our lives and become freer. We could get an epiphany of a new way of believing and perceiving because Mercury is going to be near the eclipse too (a deep look into what we truly believe in as Mercury is passed its superior conjunction with the Sun and has officially gone into the underworld where it’ll help us make the necessary introspection to transform our lives mentally and then materially).

We’re clearing out old belief systems that have hurt us and caged us, and we’re going to step into our higher self. We’ll be developing a brand new belief system.

This deep introspection and the revelation of hidden information will be intensified with the eclipse being in conjunction with the Fixed Star Antares. This star falls in the heart of the Scorpius constellation and is of the nature of Mars and Jupiter (great pride, grandly liberal, commanding, cosmopolitan views. It causes malevolence, destructiveness, liberality, broad-mindedness, evil presages, and danger of fatality and makes its natives rash, ravenous, headstrong and destructive to themselves by their own obstinacy.

Antares in the constellation of Scorpio is, as its name Ant-ares says, of Martian nature, but to this Mars nature, powers of Mercury, Jupiter, and Saturn are added. Antares makes people tough, belligerent and pugnacious. This is an important star for military personnel and is said to convey mental alertness, strategic ability and courage and make daredevils, especially if tied up with the Midheaven, Ascendant, Sun or Jupiter.

With Antares being in conjunction with both the Sun and the Moon (New Moon), its effects will mix the following: pretended religion, insincere, honour and riches ending in disgrace and ruin, military advancement, danger of betrayal, violence committed or suffered, fevers and sickness, injuries to the right eye, violent death. If rising or culminating, great honour through violence attended by difficulties and casualties (for the conjunction with the Sun). For the conjunction with the Moon, it brings popularity, broad-mindedness, interest in philosophy, science and metaphysics, liability to change religious opinions, influential friends, favourable for business and domestic matters, activeness in local affairs, great power, honour and wealth but benefits may not prove lasting, the danger of violence, sickness, drowning or assassination.

Since the Moon will be blocking the sunlight, the Moon/Antares conjunction influence will be most likely the strongest.

As you can see, we’re in for another ride of political and religious secrets and scandals coupled with the rise of new authority figures with different political and philosophical views over the next 6 months. We’ve already started to see that here in Europe with essayist, philosopher and polemist – Eric Zemmour – announcing his official candidacy for the French presidential elections this week.

The eclipse will also be sextiling Saturn, so some stability after revealing striking truths is to be expected. However, the eclipse’s dispositing/ruling planet – Jupiter – will be in a T-square with Mars and the North Node, adding to the tension of fact-checking any information that will come out; this aspect is also dangerous for aeroplane travel. Saturn and Uranus are getting closer to their exact square on December 24th-26th, so more social and economic sudden overturns are to be expected.

Numerologically, 13° of Sagittarius reduces to a 4, which is linked to Uranus, so again, expect sudden changes and fluctuations.

On a personal level, the house where the eclipse falls in your chart is where you’re going to have a facelift, especially if you’re born on the 4th of any month. If it falls on a house cusp, it’s like a grenade going off in both houses. House cusps are like the main arteries in your body, in this case, in your soul.

On a more mundane level, this eclipse will echo the one we had on December 4th, 2002. Here are some of the events that coincided with it back then:

This eclipse will be felt most intensely by Sagittarius, Virgo, Gemini, and Pisces. Especially those of you who have your Sun, Moon, Ascendant, Descendant, Midheaven, I.C. or any other important planet or point in your chart around 13° of these signs (give or take 2-3 degrees).

Have a blessed week!