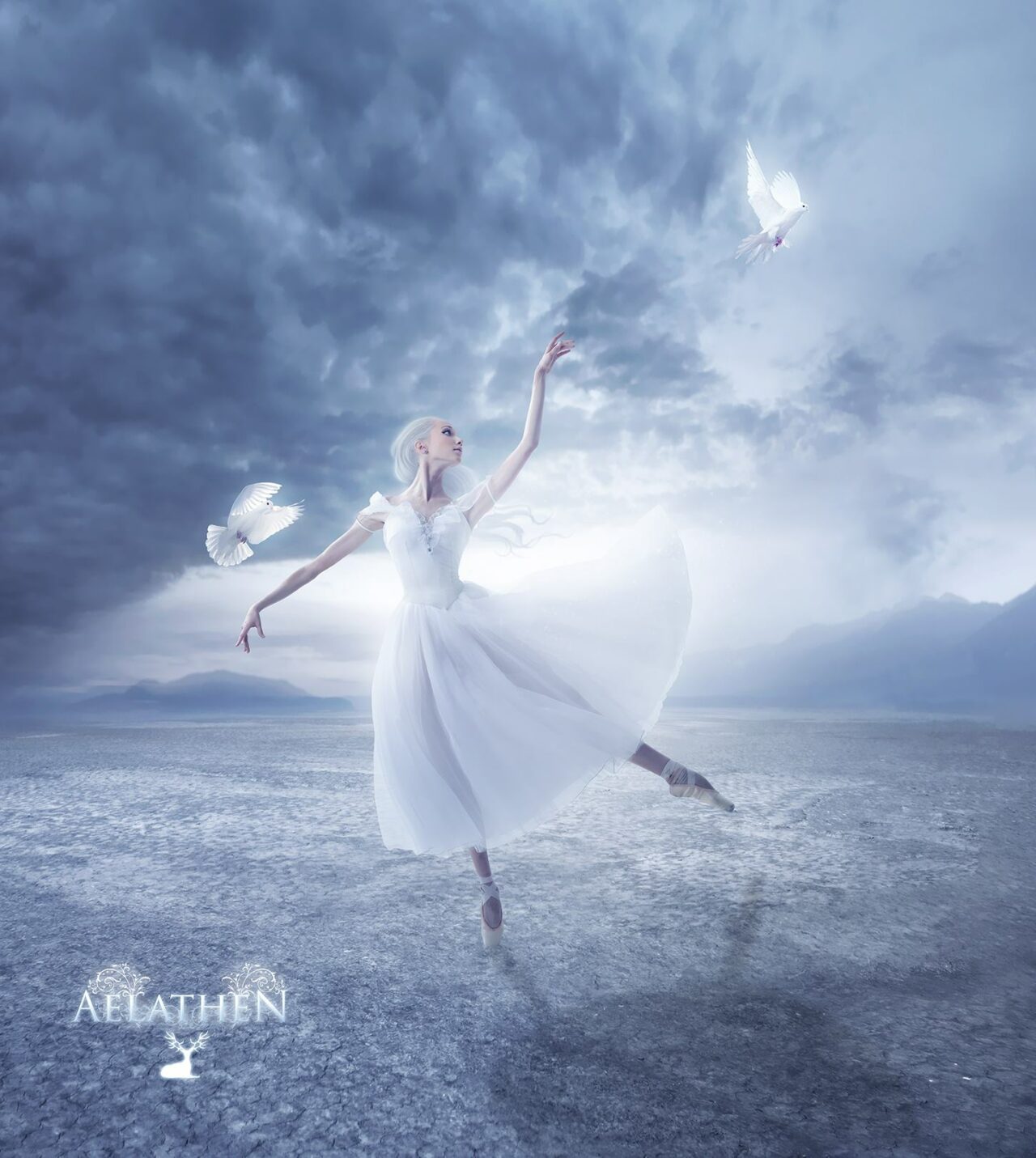 If things are getting better for you, know that the Universe isn’t joking around. Eclipse season is over, gleeful Sagittarius season is starting, and the astrology of the rest of the year isn’t that chaotic. So, in the words of the “Sage of the Zodiac” (aka Sagittarius): “Trust It”!

This week we’re getting an extremely fortunate start to Sagittarius season (or “the Santa Claus” season, as I call it) with big chunks of lucky stardust falling from the New Moon in Sagittarius and this sign’s abundant ruler – Jupiter – going direct! What’s not to like? Yeah, yeah, we still have the ongoing closing Saturn/Uranus square (which is separating (Astro jargon for dissipating)), Mars retrograding in Gemini, Pluto getting close to the anaretic/critical 29th degree of Capricorn… but hey, it’s never all black or white in astrology and in life in general; we do get several breaths of fresh air, so might as well make best of their use!

In fact, until December 6th, we’ll be having a Sagittarius stellium (3 or more planets in the same sign!), bringing us extra optimism and luck! Now that I’ve managed to get you pumped about getting out of the dark hole you’ve found yourself in or dug for yourself, let’s dive into this week’s horoscope.

Is there unity in your community? This Tuesday, November 22nd, the Sun bursts into horizon- broadening Sagittarius for a month, celebrating the differences that make us all dynamic. “Anywhere but home” always seems like the ideal destination for Sagittarius season—and with Mercury and Venus mingling and jingling in Sagittarius all week, the invites could pour in from far-flung friends. Quick, tell your crush that you’ve caught feelings! Authenticity is an aphrodisiac under these skies. If you’re coming out of left field, however, don’t expect an immediate response. The object of your affections might need a minute to let this information settle in. Long-term couples can spice things up with an evening adventure or a one-night staycation. Though this transit is a brief one, a change of scenery—like a night at a boutique hotel or a starlit stroll to pick up dinner from a new restaurant—can create a delicious memory that gives you juice for days.

Sagittarius season will be most fortunate for Sagittarius, Leo, Aries, Aquarius, and Libra.

P.S. Happy Birthday to all my Sagittariuses out there!

Another prompt to reach across borders comes on Wednesday, November 23rd, with the year’s only New Moon in the first degree of Sagittarius that’ll be happening at the last three minutes of the day before midnight (11:57 PM (CET), how magical!) for us folk living in Europe!

New Moons are always related to new beginnings, and this one inaugurates an extraordinary new start for all of us in the following areas: faith/religion and belief systems, philosophy, higher education and knowledge, politics, law, international (long-distance travel), foreign languages and cultures.

So, we’re done with Eclipse season, and we’re now heading into normal astrology mode, which comes with ups and downs, and this is one of the UPS for sure! This Sparkling New Moon is happening in the first decan of Sagittarius. Sagittarius is a Jupiter-ruled sign concerned with exploration, adventure opening our eyes as being a class clown in life, not thinking about logistics or dependability or what’s normal, but really living in the moment, and it’s a very like “Seize the Day-Carpe Diem” energy. Sagittarius energy can also be a bit like religious fervour, such as: “you need to believe this! Look how amazing this is! How can you not?!”.
But Sagittariuses are also like light-hearted, and their attention span is short enough to where they do move on, and they’re not going to be controlling.

Now that the brief intro about one of the zodiac’s royalties is out of the way, let’s get into the Tarot, aspects, and numerology of this New Moon.

The first decan of Sagittarius (where this New Moon is taking place) is ruled by Mercury, which is another logic-based planet but gets into the details and nitty-gritty of a situation, unlike Jupiter that’s very focused on the big picture. This extra layer makes this New Moon more intellectual, a little bit more light-hearted rather than something that’s super heart-centred. But I would say that we have a passion project, we have an idea, and we are literally running with it.

This area of the sky – the first decan of Sagittarius – is associated with the Eight of Wands tarot card called “the Lord of swiftness”, which is literally about a new vision developing quickly. You are not trying to settle things down, and you’re not trying to plan. You are running with it, and there’s a literal ‘swiftness’ (if you want to get something around that kind of affirmation). Excitement is developing quickly. There’s a theme of exploration, and it’s kind of like you get a phone call: “would you like to fly across the world?” and you don’t even think twice; you pick up your keys, you don’t even forget your passport, and you have to be there!

The Sun, Moon, Mercury and Venus are all in Sagittarius, which is super exuberant, super light-hearted, and animated. It’s not inherently personal or deeply emotional. None of the planets in Sagittarius are in close opposition to Mars retrograde in Gemini because technically, it’s at 21 degrees, and the closest thing to an opposition is 10 degrees in Sagittarius with Mercury, but it’s not close enough (Mercury will be at 10 degrees of Sagittarius). It’s over 10 degrees to where I’m not super concerned, and I wouldn’t discourage you from using this New Moon mostly the days following it, because if you’ve been following me long enough, you know it’s best to manifest or start things on the days following the New Moon because the energy is on the upswing.

Jupiter and Neptune are also close in Pisces; Jupiter is 6 degrees away from Neptune. Jupiter is growth, expansion, opportunity and knowledge, and Neptune is transcendence, spirituality, dreaming, illusion and delusion, but also glamour. So, having the two together is not just like expansive energy; it’s overwhelming complete permeation!

This New Moon is incredibly eye-and-mind-opening and very enthralling! It’s a great recovery after Eclipse season. I’m a big fan of this New Moon now that the Saturn/Uranus square is still pretty exact in the background, but it is separating. Saturn direct and Uranus retrograde shows a push-pull between conservative and being safe on the one hand and rebellion and future-orientedness on the other hand. But it’s not as intense anymore as in September and October.

I do like that Mars in Gemini is trining (the most harmonious Astro aspect) Saturn within 2 degrees (this aspect will become exact on November 26th). It shows that we have focus and tenacity in finishing what we start, which is incredible for something that is as animated as this New Moon, making sure that we finish what we start.

This flurry of Sagittarius energy brings a burst of “cosmic capital” for start-up initiatives. Entrepreneurs, take time to set some early 2023 intentions. What benchmarks would you love to achieve by the corresponding Full Moon in Sagittarius on June 3rd, 2023? Consider Wednesday your official launch pad. Take action to move the needle now!

Finally, numerologically, the first degree of any sign is an Aries degree, indicating fresh and new fiery energy, which is perfect for new beginnings! With Aries being a Cardinal Fire Sign, this energy is usually great for initiating things quickly, but it doesn’t last. However, with this New Moon being in a mutable fire sign (a transition type of energy), you bet we’re going to go the distance!

This New Moon will be felt most intensely by Sagittarius, Gemini, Pisces, and Virgo. Especially those of you who have your Sun, Moon, Ascendant, Descendant, Midheaven, IC or any other important planet or point in your chart around the first degree of these signs (give or take 2-3 degrees).

Only an hour after the New Moon, Jupiter stations direct in Pisces at exactly 12:02 AM (CET) on Thursday morning, November 24th!

Is it time to mend fences? With Jupiter doing its about-face in Pisces, the sign of compassion and forgiveness, you might squeeze in a heart-to-heart before Thanksgiving. With the galactic cosmopolitan in reverse since July 28th, it took some heavy lifting not to fall prey to doom and gloom. If you’ve been fighting the demons of denial, discouragement, and a depressing point of view, hope resumes. But stay in the healing process. The red-spotted planet will be submerged in Pisces’ deep waters (its second home sign) until December 20th. The next four weeks are optimal for tackling trauma, metabolising grief, and getting in tune with the full spectrum of feelings. This doesn’t have to rain on your holiday season parade. There will be more flow and some gifts handed to you in the next few days.
Philosophical Jupiter in Pisces illuminates life-changing lessons and passes out shiny gold stars to everyone who is willing to do the tough inner work. ‘Tis the season for artists, musicians, and creatives to flourish. Deck the halls with handmade treasures—and if you tap into Jupiter’s enterprising vibes, who knows? You could soon be taking orders from worldwide customers via Etsy!
Jupiter turning direct will be the most reinvigorating for Pisces, Scorpio, Cancer, Taurus, and Capricorn.
Tap into your inner faith and wisdom; you’ll be rewarded for it!
Your Astrologer – Theodora NightFall ~

Bear in mind that this is a general horoscope and is in no way your personal horoscope. If you’d like to know what your birth chart says about your personality and your life’s purpose or discover what the upcoming astrological alignments mean specifically for you, you can:

(i) book a LIVE consultation with me;
(ii) order a PRE-RECORDED reading;
(iii) or purchase one of the newly added mini-readings that will answer your most pressing Astro questions within 5 days max!