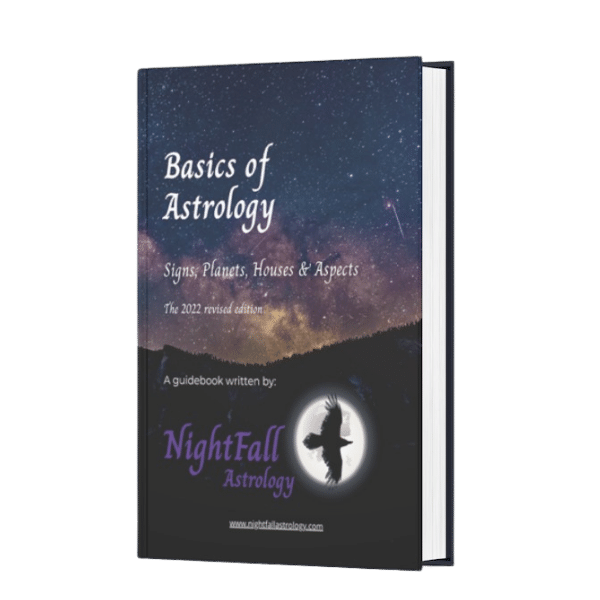 I’ve put together a comprehensive and easy-to-read summary for you to get started with this ancient metaphysical science.

Here’s why you absolutely need this guidebook.

Starting from square one is more efficient than picking up every detail on the Internet randomly. By starting with the fundamentals of astrology, I provide you with the right terminology and reasoning so you can take your learning further, once you feel ready for it. It will truly change your everyday life!

The ten planets – the Sun throughout Pluto – are a bit like ten characters in a role-play, each one has its own personality, its own way of acting, its own strengths and weaknesses. They actually represent a classification into ten distinct personalities, and astrologers have always tried to associate one or several dominant planets to a natal chart as well as dominant signs and houses.

The 12 Signs of the Zodiac

If planets symbolize characters, signs represent hues – the mental, emotional and physical structures of an individual. The sign in which a planet is posited is like a character whose features are modified according to the place where he lives. In a chart, there are usually one, two or three highlighted signs that allow to rapidly describe its owner.

Regarding astrological houses, the principle is even simpler: the twelve houses correspond to twelve fields of life, and planets tenanting any given house increase that house’s importance and highlight all relevant life departments: it may be marriage, work, friendship etc.

If the planets are characters/actors in the play/movie of your life, the conversations they have with each other are called aspects. Aspects are measured by mathematical angles between 2 or more planets, but hey, don’t get too worked up with mathematics here! The type of aspects/conversations the planets make in a birth chart, or any type of chart, will determine HOW their energy will act out in your life. Will it be challenging, harmonious, mixed, neutral? 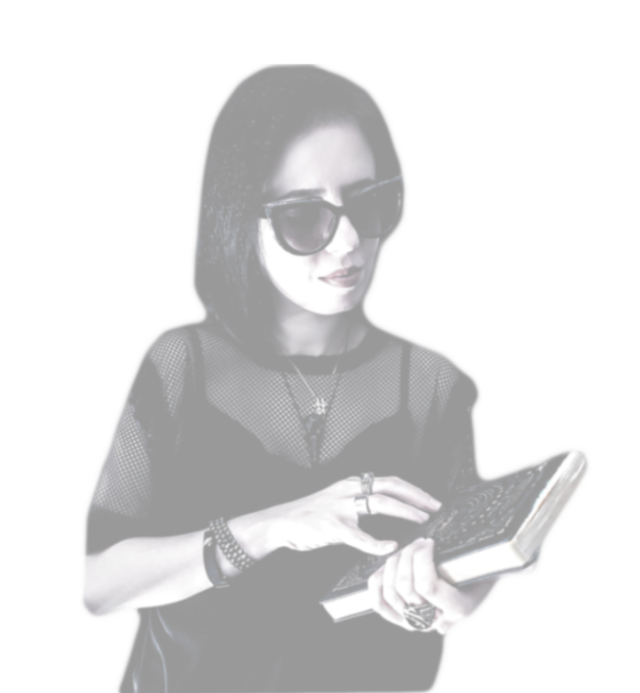 I’m a professional astrologer of Bulgarian and Lebanese/Phoenician heritage.

I have a background in Science (specifically, Physics) and International Law/Relations. I’m currently based in Strasbourg – France.

Astrology has entered into my life at the age of 27 through Tarot and Occultism.

In my astrological practice, I incorporate Stoic philosophy which can be summarised as the following: “Stoicism teaches the development of self-control and fortitude as a means of overcoming destructive emotions; the philosophy holds that becoming a clear and unbiased thinker allows one to understand the universal reason.” Stemming from this philosophy, I aim at debunking the traditional fatalistic views in astrology. That’s because astrology, in its core, as a metaphysical science, teaches us the best way in which we can live our lives. That’s by realising that we’re ACTORS not SPECTATORS.

Thus, the type of astrology I practise is qualified as “evolutionary astrology“. My objective is to show you the way towards self-development and improvement in your life. Your natal chart is your potential, but you’re going to have to work on yourself to reach it. This is where an astrologer can be of extreme use to point the client towards his/her ‘North Star‘.

Here is a FREE example of one of the aspects

SEXTILE (60 degrees angle between 2 planets): The classical astrology meaning of a sextile is that the powers involved cooperate smoothly, so that they encourage and inspire one another. So, both sides of the sextile gain by the aspect between them. This mutual stimulation is usually very creative, on a daily basis. The sextile can be regarded as sort of a lesser trine. Where the latter signifies a kind of harmony that does not necessarily lead to concrete results but is present and helpful anyway, the sextile is often evident and leads to intensified activity as well as palpable results. It is the weakest of the five major aspects (conjunction, opposition, trine, square, and sextile), but it still enhances the planets involved somewhat, compared to what their importance would be without that aspect. The closer the sextile is to 60°, the stronger the aspect is, and the more it enhances the planets involved. In some cases, there can be three or more planets or other points in a sextile, if one or both sides of it has a conjunction. Of course, such a sextile is even more important.

Sextiles represent opportunities. The origin of the astrological significance of the sextile is from the Zodiac: it is the aspect that connects Zodiac signs of the same charge – positive or negative. Air and fire signs are positive, whereas earth and water signs are negative. It’s a charge, not a value. It can be compared to the Chinese concepts yin and yang. The positive signs are outward and upward, but the negative signs are inward and downward. The former are also warm, and the latter cold in their natural state. So forces within signs of the same charge have the same direction, which makes them stimulate one another. Also, there is math in the aspect: the circle’s 360° divided by six is 60.

€13.00
This is where the Express Checkout Button will show. View it on the front-end to see how it will look to your visitors

Dora Marossy
2021-08-31T11:25:51+0000
I'm a beginner in astrology and I read the guidebook "Basics of Astrology" by Theodora. Super complete and concise introduction and the different... subjects are very well explained, especially the aspects, which I had the most trouble understanding.read more